As a biographer, Freeman has concentrated on writing about his dead friends and aunts. In 2009, he edited Mao’s Toe, the memoirs of David Chipp. In 2012, he wrote Roddy’s Folly, a life of R.P. Meagher QC. In 2014, he published The Aunt’s Mirrors, a memoir about the family history research undertaken by his aunt and great-aunt.

David Chipp (1927–2008) was the Editor-in-Chief of Reuters, and subsequently the Press Association, however his memoirs focus on the thirty months he spent in Peking early in his career, when he was the first Western foreign correspondent in Communist China.

Roddy Meagher (1932–2011) was one of the most celebrated Queen’s Counsel of his generation, a long-serving Challis Lecturer at the University of Sydney and a Judge of Appeal, who was also well known for his outspoken views on political correctness and his extensive art collection.

Matilda Loewenthal (1840-1919) was a Jewish immigrant who arrived in Australia in 1858, and was part of the pioneer generation in the New South Wales town of Grafton. She was Freeman’s great-great-great-grandmother, and The Aunt’s Mirrors is the story of her family since their arrival in Australia.

Freeman is currently developing ideas for several biographical projects, including an intellectual biography of Richard Wollheim, and a comparative study of the lives, professional careers, and broader social contributions of E.M. Forster and Michael Kirby. 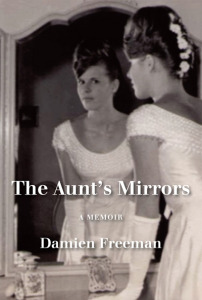