Freeman was educated at Lindfield East Public School and Masada College, St Ives, New South Wales, and subsequently at the University of Sydney (BA, LLB, MA, MPhil) and Magdalene College, Cambridge (MPhil, PhD). His tertiary studies included philosophy, law (for which he won first class honours and the Flattery Prize for Roman Law), classical Hebrew and Aramaic, and music. He is a Legal Practitioner of the Supreme Court of New South Wales and a Licentiate of Trinity College of Music, London.

Although his work has come to focus on aesthetics and philosophy of emotion, and is influenced by Wollheim and Collingwood, his philosophical education was primarily in the analytic tradition. 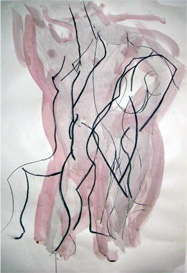